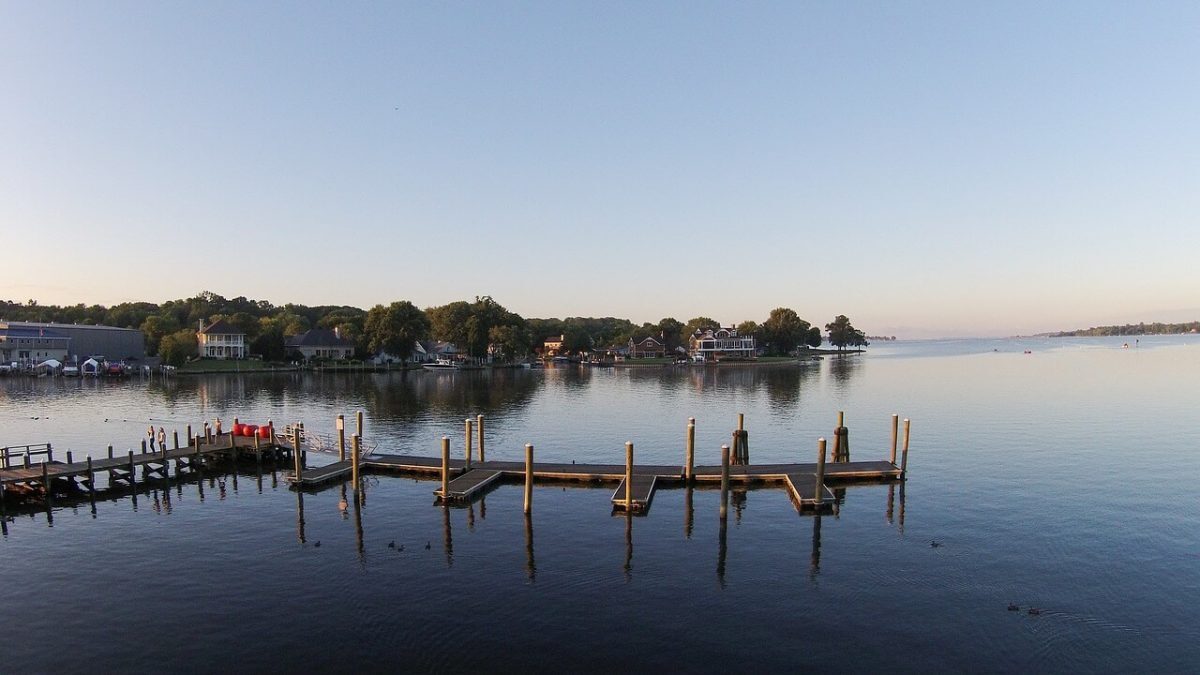 The Chesapeake Bay area known as the Northern Neck stretches from the Potomac River to the north to the Rappahannock River to the south.  It consists of four counties: Lancaster, Northumberland, Westmoreland and Richmond. In colonial times it was settled exclusively by the English so there is a very strong English and Scottish tradition here.  Many of the towns and counties date to colonial times and are named after places  in England and Scotland— Lancaster, Kilmarnock, and Northumberland are good examples of this.

In early colonial times, many wealthy landowners established large tobacco plantations in the Northern Neck, creating an aristocracy that produced a number of important historical figures, such as George Washington, James Madison, Richard Henry Lee, Robert E. Lee and others.  At one point, this area was known as the “Athens Of  The New World” because of this educated aristocracy.  As the cultivation of tobacco wore the land out, these plantations switched to growing vegetables and grains.

Later the area developed a thriving seafood industry.  The Chesapeake Bay is one of the largest estuaries in the country, supporting a thriving seafood industry.  Bay crabs, oysters, and many kinds of fish are harvested and shipped all over the country. At one point, the town of Reedville in Northumberland County was the wealthiest town in the country because of its menhaden fishing industry.  Nearly every town has a seafood outlet that sells the catch of the day.  In some places you can buy fresh caught seafood directly off the boat.  It’s truly a seafood lover’s paradise.

History and tradition are both taken seriously in the Northern Neck.  Each county has its own honorary historian or two, acting as a source of knowledge and an active presence in discovering new information about the people and places around them.  County records date back to colonial times and the courthouse clerks’ offices are full of old books and maps and survey plats going back three centuries.  There are small museums all over the area that document the area’s history and people.

Art is also taken seriously in the Northern Neck.  The area has many artists and craftspeople working in various media and styles.  The Rappahannock Art League in Kilmarnock, Lancaster County, is an artist co-op and gallery that hosts art classes and exhibits regularly.  There are many festivals and events throughout the area in which artists show their work.  There is also a strong musical tradition here, with many excellent acoustic musicians playing local gigs often.

Another kind of art that has appeared in the Northern Neck in the past two decades is the art of making wine. The sandy soil around the Bay is ideal for producing certain kinds of grapes and Bay area wines are finding increased favor among critics and the general public. Some of the local wineries are Good Luck Cellars, Caret Cellars, The Dog and Oyster, Ingleside Vineyards, Oak Crest Vineyard and General’s Ridge Vineyard.

If you are looking for a quiet place to retire, a second home on the water or a weekend river cottage, the Northern Neck of Virginia is the ideal spot.  Let us help you find your dream here.

Find great homes and estates for sale around the Northern Neck and in the Chesapeake Bay Area. Click here