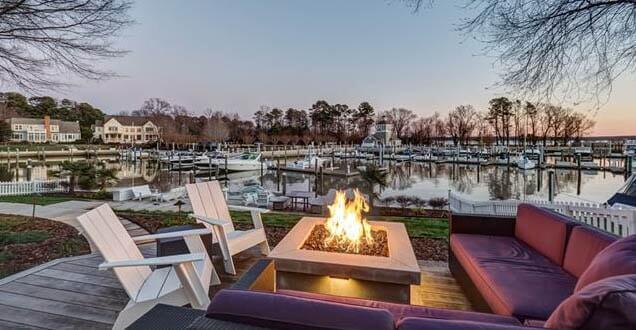 Under Contract - Coastal living at its best in this Modern Cape Cod, capturing the essence of outdoor marina living i...
READ MORE » 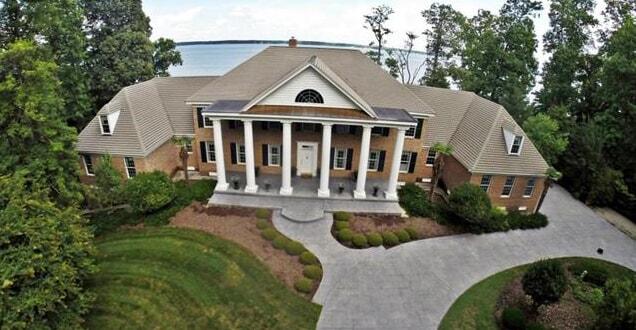 Bordered by York County and James City County, the city of Williamsburg, Virginia has a rich colonial historical heritage. It was founded in 1632 as Middle Plantation, a fortified settlement on high ground 12 miles from Jamestown, the original capital of the Virginia Colony. In 1699 the capital was moved to Middle Plantation and the settlement was renamed Williamsburg in honor of King William III.

The College of William and Mary, named for King William and Queen Mary, was founded in the future Williamsburg in 1693 Among its colonial and early American alumni are Thomas Jefferson, John Marshall, James Monroe, Henry Clay, John Tyler, and others. Jon Stewart, Perry Ellis and Kate Fleming are some of its contemporary alumni.

In the 1920s, Standard Oil heir and philanthropist John D. Rockefeller, Jr. financed a thorough restoration of colonial Williamsburg, creating Colonial Williamsburg, which is the world’s largest living history museum and the state’s largest tourist attraction. Here you will find restored colonial buildings with re-enactors in colonial clothing baking bread, working as blacksmiths and carpenters, firing muskets, and doing the things ordinary people did in the 18th century, using period tools and techniques. It’s like traveling back through time to the colonial era.

Some of the finest colonial estates are located in James City and York County. Because of its historical features and the College of William and Mary, the Williamsburg area attracts well-educated, prosperous residents who enjoy the cultural life of the area. If you’d like to be one of those residents, let us help you find the perfect home for you.

Things to do in and around Williamsburg:

Williamsburg has a number of restored taverns open as restaurants, such as Chowning’s Tavern, which dates from 1776, and Raleigh Tavern, where Thomas Jefferson and other American patriots gathered to talk revolution. The menus of these taverns echo the original fare served in the 18th century.

Just outside Williamsburg, near the site of the original landing, Jamestown Settlement is a recreation of the first permanent English settlement in North America. It offers re-enactors, replicas of the three small ships that brought the colonists here, a Powhatan Indian village and other features of the colonial era.

In the Jamestown Glass House, craftsmen in period costume blow reproductions of colonial glass and contemporary art pieces. Glassmaking, began in 1608, was the first English industry in the colonies.

Down the road from Jamestown Settlement is Historic Jamestowne, the actual original site of the first permanent English settlement in America. Here archaeologists are finding artifacts, buildings, and graves from the very earliest days of the colony. Living history programs tell the story of the people who lived and worked here.