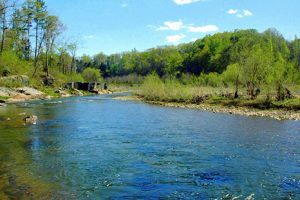 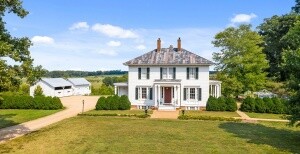 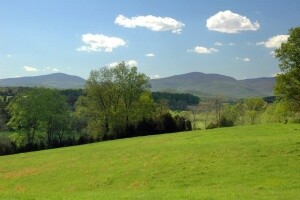 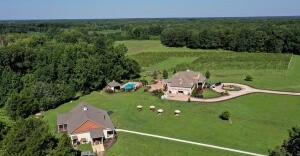 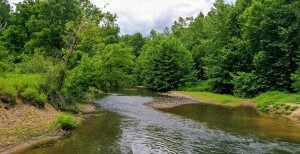 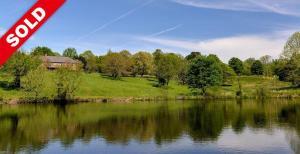 THORNHILL FARM Proudly presented here is Thornhill Farm---on nearly 400 acres, it is truly a world unto itself offer...
READ MORE » 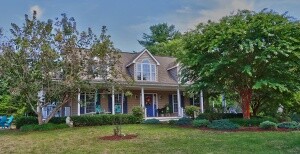 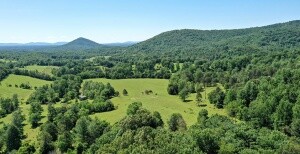 Given its mild seasons and fertile soil, all sorts of fruits can grow in Virginia, though the easiest fruits to grow vary in each of the state’s five climate regions.

For those looking to grow fruit commercially or just add a few berry bushes or fruit trees to their backyard, Virginia has been favored by farmers for hundreds of years because of the ease with which crops flourish in its nutrient-rich soil.

Growing fruit trees is a favorite of Virginia landowners due to their relative low maintenance and the promise of delicious, organic fruit right in the backyard. The state’s weather and soil conditions complement the growth of fruit trees very well, particularly in the northern Virginia climate region.

When choosing which fruit to grow, knowing your area’s climate and which trees flourish in such an environment will help to ensure optimal growth patterns and will increase the odds of a plentiful bounty within the first few years.

It’s important not to plant more trees that can grow comfortably as most standard size trees need about 20 to 30 feet between them. For those with less acreage, many trees that flourish in Virginia are available in dwarf sizes.

Experts recommend planting multiple dwarf trees in a small area rather than one standard size tree to ensure cross-pollination. Those new to growing fruit trees should remember the two most frequently made mistakes, over-fertilizing and over-pruning the trees.

These trees are the most popular and fruitful given Virginia growing conditions:

Berries and Vine Fruits in Virginia

While tree fruits are immensely popular in Virginia—particularly for those looking to grow fruit commercially—the high yield of and demand for berries and vine fruits in the area make growing other kinds of fruit attractive as well, especially for those with less acreage.

Next to fruit trees, berries are the most profitable fruit to grow in Virginia. Though they flourish across the state, the yield is highest in the warmer areas of central, southern, and southeastern Virginia.